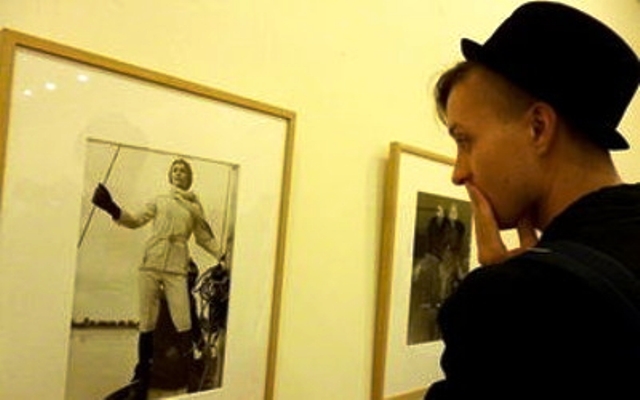 TOBIAS CARROLL. Fragmentos de The Writing on the Wall: On the Convergence of Literature and Visual Art.

A figure inspired by Calle shows up in Paul Auster’s 1992 novel Leviathan–specifically, an artist who selects people at random to follow, documenting those interactions. In turn, Calle went on to create a work inspired by Auster’s novel. Enrique Vila-Matas’s 2007 Because She Never Asked, newly translated into English, uses that as a starting point. Its plot follows a writer who is commissioned by Sophie Calle to write a scenario for her to perform. &&& Because She Never Asked rapidly increases the metafictional quotient. It alludes to Auster’s novel, for one thing, but also adds multiple layers of reality, including a character who serves as a doppelgänger of Calle. She isn’t the only example of this: the novel’s narrator also serves as a kind of surrogate or double for the author Vila-Matas, who has incorporated the art world into his fiction on multiple occasions: his 2014 novel The Illogic of Kassel follows the misadventures of a novelist who is asked to write in public as part of an artist’s installation. In this case, the book plays out like a comedy of manners set in the art world; Because She Never Asked reads more like a response to Calle’s work–a literary homage that features Vila-Matas working with some of Calle’s preferred themes and devices. &&& Enrique Vila-Matas is one of numerous artists and writers alluded to in Valeria Luiselli’s 2015 novel The Story of My Teeth. This novel can be read on its own, as a standalone work about a larger-than-life character who reinvents himself as an auctioneer and falls victim to a strange conspiracy.