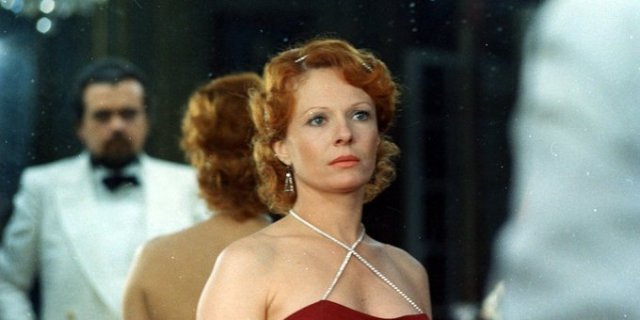 Liam Hendry:  «Indochina Song,» by Enrique Vila-Matas, was originally published in El Urogallo, Issue 126, November 1996. It is presented here in English for the first time in a translation by Liam Hendry. Thanks to Mr. Vila-Matas for granting permission to translate and re-publish. Marguerite Duras’s India Song (1975) is now showing April 4 – May 3, 2020 in the United States.

Now, today, with everything already in the past and no way to go back, now that I am a man far removed from my younger self and have more time to think and to feel, I tell myself that everything could have been different and that I could have been closer to her, that I could have spent much more time with her during those days in the ‘70s when I knew her without truly knowing her, as, by not paying attention, I never noticed how heavily she drank—I thought that if she said strange things it was because she and her writing were strange, it never occurred to me to think that she was living her life drunk—and how she lived in a constant state of misery—I could have noticed the day I met her on Rue de Rennes and she confessed to me, point-blank, that she wrote to avoid killing herself, and I walked away thinking: another strange thing to say—and she lived very alone at that time, a time when I saw her frequently without getting to know hardly anything about her at all, because of which in reality it would be better that I now keep quiet and stop talking of her, but I won’t, I refuse to, I need to; after everything, after her death, I have devoted myself to reading her with a greater intensity than ever, I have devoted myself to reading the books she looked out and gave me in the Neauphle-le-Château granary: Spanish translations of her books that had been resting under layers of dust on the granary floor of that country house to which she went to write and to film Nathalie Granger; “the writing house,” as she called it that day she gave me the Spanish translations of her books, those translations that lately I have devoted myself to reading with nostalgia, regretting that they lack any inscription from her, an inscription which, that afternoon in Neauphle-le-Château, it did not occur to me to ask for, which I now deeply regret, now, with everything already in the past and no way to go back, now, when the only thing I can do to find out anything about her is to read those books, now that it’s all over, now that it’s already too late for anything except to read her and to write that I knew her without truly knowing her, to write that and not keep quiet, to avoid keeping quiet above all, I can’t, I need to write about her, to call out Son nom de Venise dans Calcutta désert: Marguerite Duras.

One Sunday in Madrid, unaware that a year later I would know her without truly knowing her, I went with Michi Panero to see Nathalie Granger. The cinema was packed with a Francoist audience, who, misled by the appearance of Lucía Bosé and Jeanne Moreau in the film, had entered the screening with monumental oversight. As the film went on, people became increasingly anxious, to the point that one audience member came to believe Michi was moving his seat, threatening him with a monumental smack. For our own safety, we changed row, and the violent audience member—no doubt anxious at not understanding anything of the film—realised that it was not Michi who was moving his seat but his own anguish, an anguish at not understanding anything of what was happening on the screen.

A year later, I found myself inside of that screen. I found myself in Neauphle-le-Château, in the house Bosé, Moreau and Depardieu wandered through in that cinema in Madrid. “In a house,” wrote Duras, “one is so alone as to sometimes be lost. Only now do I realise that I’ve spent ten years here. Alone. And to write books that have let me know, and others know, that I was the writer that I am. How did it happen? And how to explain it? I can say only that the solitude of Neauphle was a solitude I had constructed, I made it myself. For me. And that only in this house am I alone. To write.”

It is this house where Duras witnessed the sudden agony of a poor fly, a fly that died at twenty past three in the afternoon. Duras met Michelle Porte that day. When she told her the exact time the fly had died, Michelle Porte burst into laughter. Duras would write a few days later: “One writes without knowing it. One writes watching the death of a fly. We have the right to do so.” And later still: “To write is to attempt to find out what we would write if we were to write.” And this conclusion: “Around us, everything is writing; that’s what we must finally perceive. Everything is writing. The fly, the fly writes. […] The writing of a fly could fill an entire page. And it would be writing. From the moment it could be writing, it already is.”

I left Neauphle-le-Château as if leaving words in a sentence, and like that, for me, “the writing house” became words in a sentence: “My books come from this house. From this light as well, and from the garden. From the light reflecting off the pond. It’s taken me twenty years to write what I just said.” Thinking about this last sentence of Duras, I realise that it’s taken me twenty years to remember that I left that house with several of her books under my arm. And also to say that, just as one can return to words in a sentence, I returned to Neauphle-le-Château, where I found myself caught up in a protest organised by Duras against a man who had recently moved to the village while waiting to return, as if his country were words in a sentence, to Iran. That man was Ayatollah Khomeini, and the protest, made up mostly of women, took place in front of the imam’s house. I helped out by writing placards, and it was there that I heard—an unforgettable memory—Duras’s strange Berber cry, a cry that almost burst Khomeini’s eardrums; a cry she immediately explained by turning to me and saying: “It’s the Vice-Consul’s cry.” Another strange thing to say, I thought. And I remember, on that second visit of mine to the village, I left Neauphle-le-Château after hearing those words. Today, when I think back on it all, I feel as if I witnessed a truly remarkable scene that day, if not surreal; Duras against Khomeini, two Ayatollahs face-to-face. But my most enduring memory is the Berber cry and those words of Duras that followed, words which stayed with me after I left the village, words through which I am now able to return, like one returns to words in a sentence, to the village and to the strange and Berber cry.

In Café de Flore, sat with Duras and her friend Raúl Escari, I remember having asked, out of the blue, what it was that really made her laugh. Duras looked at me, smiled, finished off her cigarette and said: “Banana skins. People slipping and breaking their noses. I’m very classic.”

She used to say that the solitude of Neauphle-le-Château was something she had constructed herself. And that she was alone only in that house. Alone to write, for example, about finding yourself in a hole, at the bottom of a hole, in almost total solitude, and discovering that only writing can save you. In February 1974, having known Marguerite Duras for only a short time, renting an attic room in her house on Rue Saint-Benoît, I was introduced by my new landlady to the idea of writing as salvation. She concluded a half-hour lecture on the stairwell landing by saying: “Do as I do and follow the advice I was given by a friend: Don’t do anything but write.”

With time, I’ve come to realise that this friend was Raymond Queneau. With regards to the advice, I’ve tried to keep to it. I write, but I try to do other things too, because I know that writing isn’t going to save me from anything.

I’ve known this since Marguerite died.

Solitude, for her, meant either death or literature. She said this, one day, to me and Javier Grandes (uncle of Almundena Grandes and another resident of the Durasian attics); these were her exact words about solitude. But when she published Writing, I found out that above all solitude for her meant alcohol. She wrote that when she went to bed, she would cover her face: “I was afraid of myself. I don’t know how and I don’t know why. That’s why I drank alcohol before going to sleep. To forget about myself.”

I’ll forget about myself before forgetting Duras. When I met Marguerite, who in the past had read a lot, she no longer read anything. She would laugh at Sollers, Lacan, and the rest. She trusted only a few women. Isabelle Adjani, for example, whose presence would sometimes brighten the nights on Rue Saint Benoît. But in her distrust of everything there was a great humanity. I’ll forget about myself before forgetting Duras. I was moved by what she wrote in No More, her goodbye to the world. In the end, she doubted the idea of literature as salvation: “I don’t know if I’m afraid of death. I know hardly anything since coming to the sea.” “To spend a life writing,” she added, “is to learn how to write. But it does not save us from anything.”

I knew her without truly knowing her. I stopped seeing her twenty years ago. When I went to Paris, I didn’t call her, mostly because when Javier Grandes visited her, a good friend of hers, she told him that she’d become once more like a young child and could no longer recall anything nor remember anyone. If she could not remember Javier, she was even less likely to remember me. No doubt she would say that she hadn’t known me. I’d known her without truly knowing her. In reality, she never really knew me.