A writer from Venezuela: Ednodio Quintero 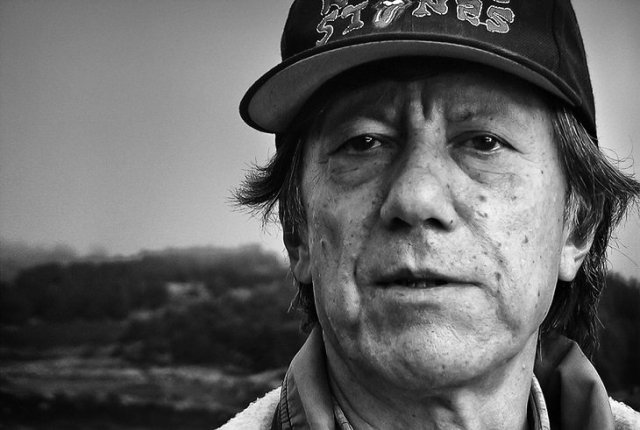 There will be no Rómulo Gallegos Prize this year, which for many people is further proof of the destruction of the public sector that manages art and culture in Venezuela. “Institutions have been de-naturalized, the museums, the libraries, they are no longer what they were,” points out Antonio López Ortega, Venezuelan novelist, essayist and well-known cultural consultant, for whom the most surprising thing about all this is that, despite all the problems in recent years, the quality of creation in Venezuela remains intact. His words immediately reminded me of Ednodio Quintero, born in 1947 in the state of Trujillo near the beautiful Andean city of Mérida. This great novelist has built a literary world charged with its own dense, marvelously invented reality whose point of departure has always been the imagination of the village elevated to its fullest potential; I still remember the pleasant and strong impression I had in 1991 of his first novel, La danza del jaguar.  &&&  Quintero is seen more and more as an essential writer, but the recognition of his work has been slow, due to an infinity of reasons, among which we might include the cultural drift of a Venezuela isolated from the rest of the world and also the fact that he belongs to the category of what Fabían Casas, speaking of Bolaño, called “writers from before,” in other words, he belongs to the category of those who were never simply writers, but also points of connection between life and literature, lighthouses where young people cans see themselves reflected. Quintero is one of those “writers from before,” and it’s possible that, in the long run, being far away from the media spotlight was beneficial for him, because it allowed him to accede to the ideal of certain noble novelists: to become pure text, to be strictly a literature. &&&  At the center of his most recent novel, El amor es más frío que la muerte (Candaya), there’s a moment when the narrator, the writer from before, “the stateless one,” hero of women (in the manner of Adolfo Bioy Casares, but with a Japanese influence), observes that a rock has the shape of a tomb and it reminds him of Procrustes’s bed. A bed of stone, he thinks. And he lies down face-up on the cold slab and says he feels comfortable, serene like a king in a house for all time. That intense instant of the novel could hold the absolute key to the eternal, dynastic body that Quintero’s texts enthrone in the history of literature for all time; one could say the Venezuelan is in tune with that famous outburst by Pierre Michon in Corps du roi, where we’re told the monarch has two bodies: one eternal, dynastic, that the text exalts and consecrates, and which we arbitrarily call Shakespeare, Joyce, Beckett; and another mortal, functional, relative body, the rag, that moves towards carrion; who’s called, and is only called Dante, and wears a little cap he pulls down toward his flat nose; or he’s just called Joyce and wears eyeglasses, or he’s called Shakespeare and is an affable and robust rentier with an Elizabethan gorget. [Traducción de Guillermo Parra.]